Angles are measured in degrees, written °. The maximum angle is 360°. This is the angle all the way round a point. Half of this is the angle on a straight line, which is 180°.

The video below explains how to calculate related angles, adjacent angles, interior angles and supplementary angles. 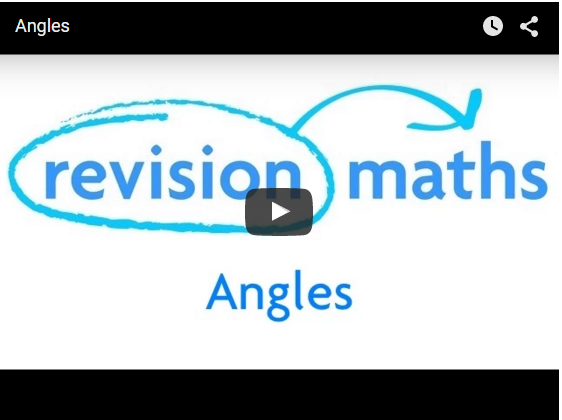 Lines AB and CD are parallel to one another (hence the » on the lines).

d and f are interior angles. These add up to 180 degrees (e and c are also interior).

Any two angles that add up to 180 degrees are known as supplementary angles.

Angle Sum of a Triangle

Using some of the above results, we can prove that the sum of the three angles inside any triangle always add up to 180 degrees.

If we have a triangle, you can always draw two parallel lines like this:

Angle Sum of a Quadrilateral

A quadrilateral is a shape with 4 sides.

A polygon is a shape with straight sides. All of the exterior angles of a polygon add up to 360°. because if you put them all together they form the angle all the way round a point:

Exterior Angle of a Triangle

Angle x is an exterior angle of the triangle:

The exterior angle of a triangle is equal to the sum of the interior angles at the other two vertices. In other words, x = a + b in the diagram.