The video below highlights the rules you need to remember to work out circle theorems.

Two Radii and a chord make an isosceles triangle. 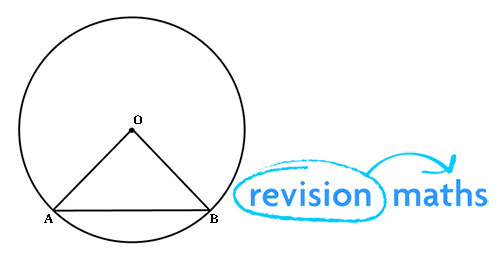 The perpendicular from the centre of a circle to a chord will always bisect the chord (split it into two equal lengths). 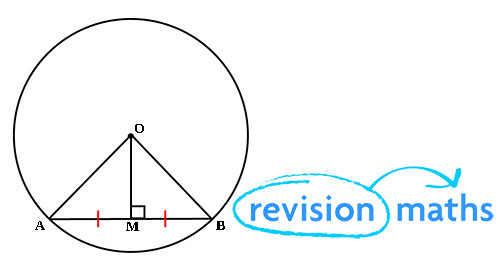 Angles Subtended on the Same Arc

Angle in a Semi-Circle

Angles formed by drawing lines from the ends of the diameter of a circle to its circumference form a right angle. So c is a right angle.

We can split the triangle in two by drawing a line from the centre of the circle to the point on the circumference our triangle touches.

We know that each of the lines which is a radius of the circle (the green lines) are the same length. Therefore each of the two triangles is isosceles and has a pair of equal angles.

But all of these angles together must add up to 180°, since they are the angles of the original big triangle.

A tangent to a circle is a straight line which touches the circle at only one point (so it does not cross the circle- it just touches it).

A tangent to a circle forms a right angle with the circle's radius, at the point of contact of the tangent.

Angle at the Centre

You might have to be able to prove this fact:

OA = OX since both of these are equal to the radius of the circle. The triangle AOX is therefore isosceles and so ∠OXA = a
Similarly, ∠OXB = b

You may have to be able to prove the alternate segment theorem:

We use facts about related angles

A cyclic quadrilateral is a four-sided figure in a circle, with each vertex (corner) of the quadrilateral touching the circumference of the circle. The opposite angles of such a quadrilateral add up to 180 degrees.

Area of Sector and Arc Length