The standard deviation measures the spread of the data about the mean value. It is useful in comparing sets of data which may have the same mean but a different range. For example, the mean of the following two is the same: 15, 15, 15, 14, 16 and 2, 7, 14, 22, 30. However, the second is clearly more spread out. If a set has a low standard deviation, the values are not spread out too much.

Just like when working out the mean, the method is different if the data is given to you in groups.

This video shows you how to calculate the Standard Deviation. 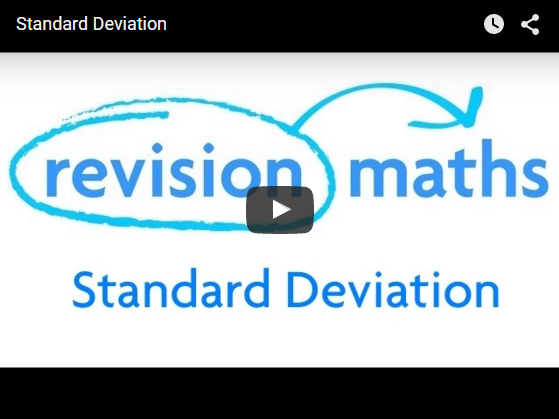 Non-grouped data is just a list of values. The standard deviation is given by the formula:

)² step. x refers to the values given in the question.

When dealing with grouped data, such as the following:

the formula for standard deviation becomes:

Try working out the standard deviation of the above data. You should get an answer of 1.32 .

You may be given the data in the form of groups, such as:

In such a circumstance, x is the midpoint of groups.